Common iPhone Problems And How to Fix Them 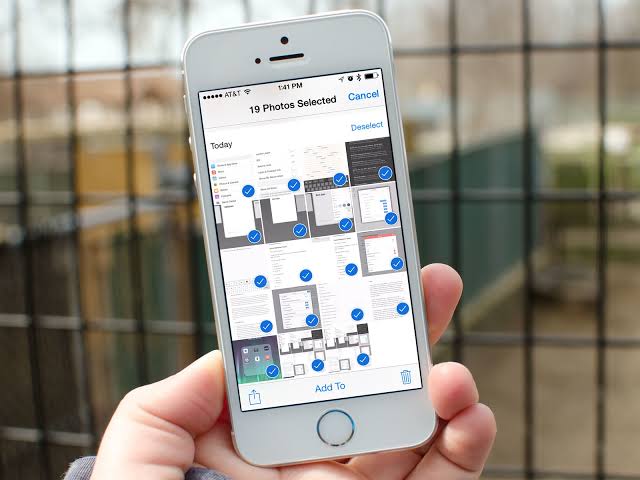 iPhones are wonderful and there is no one who can deny that. After all, when you are buying an Apple product, you are not just buying a device, you are buying into a service and an ecosystem in other words. Especially if you combine your iPhone with an Apple Watch and other Apple devices, then you have got yourself a whole ecosystem that is not only amazing but it is also something that has not been rivaled so far.

However, an iPhone is a phone after all, which means that these phones can develop issues that a normal phone can and it is up to you to fix them or get it fixed by someone who knows how to do so. The process is not that difficult, really.

You would be surprised to know about some common iPhone problems fixed yourself. This means that you only need some basic knowledge of how the iPhone works and that is about it. There is no need to open up your device or go through the extensive process of figuring out what’s wrong.

However, we do want to clarify that we are only listing the most common problems that most iPhone users have experienced. For more advanced ones, we would highly recommend seeking out a professional.

Wi-Fi or Mobile Data/Network Not Working

Gone are the days when you would be okay if your Wi-Fi or mobile data suddenly stopped working. Before smartphones, the internet was just a good addition, not a necessity. However, modern smartphones more or less cannot really function properly without having an internet connection on them. For instance, I don’t remember the last time I had the chance to turn off my Wi-Fi during working hours.

One of the most common issues with your iPhone is that the Wi-Fi or the cellular network stops working or keeps disconnecting. I remember the first time I faced this issue and got really worried as I was not sure what caused it but it was worrying.

Thankfully, turning the phone entirely off, and then turning it back on fixed the issue entirely and after that, I never really ran into it. What happens is that your iPhone’s settings that are responsible for internet connectivity sometimes end up conflicting with your internet’s settings and that can cause some instability.

iPhone Stuck at The Apple Logo

This is a problem that a lot of people have faced around the world, really, and the thing that you need to know that it is not that hard to deal with. If you are dealing with an iPhone that is stuck at the Apple logo, you can actually just force restart your iPhone and that would solve the issue.

In our experience this has fixed the issue with ease, so you know that this is definitely going to work. Now, as far as a hard restart is concerned, this is different for different iPhones, so to make it easier for you, we have listed below how to fix this.

Hard Restart iPhone 8 or Later: Press the volume up button. Then, press the volume down button. Now, you should hold down the side button until you see the Apple logo on the screen.

Hard Restart iPhone 7/7 Plus: Press and hold the side button and the volume down button together for a few seconds until the Apple logo shows up.

Hard Restart iPhone 6s or earlier: Hold down the home button and power button together for a few seconds until the Apple logo appears.

The methods described above should fix the Apple logo for you and that too, without any issues.

App crashing and freezing is a nuisance that we all have had the displeasure to deal with but the good news is that it is not that big of a problem that is caused by a hardware fault or a massive software fault. Thanks to how Apple’s software and hardware communicates, this is not something that would normally happen.

With that said, if your experiencing app crashes and random freezes, the best way out of this situation is to go ahead and check the App Store. The goal here is to update every app that has an update waiting for it because that is what is going to fix the crashes for you. Again, a very simple fix that should not really take a lot of time to figure out, in the first place.

One of the worst problems that I have faced with an iPhone is the infamous white screen of death which presents you with either a plain white screen or a white screen with an Apple logo. The phone normally gets stuck here and there is no way out of this situation, either.

However, the fix is a lot easier than you might think it is. To be honest, all you have to do is boot your iPhone into the DFU mode, and once there, you just have to go ahead and reset the OS or reinstall in other words. Once the OS is up and running again, restore your backed-up data, and you will realize that your iPhone is all set to go without any issues.

All of this barely takes any time, so you can be guaranteed to have the best experience that you want to go ahead with.

Dealing with an iPhone problem might scare the best of us. Simply put, iPhones are generally expensive and premium devices and it would be a painful thing to run into issues with them only to realize that there is no way out. The good news, however, is that most of the common iPhone problems can be fixed while you are sitting in your room.

However, if you are dealing with more advanced issues, we would highly suggest that you seek professional assistance since that is going to be very, very important and can save you a lot of money too.