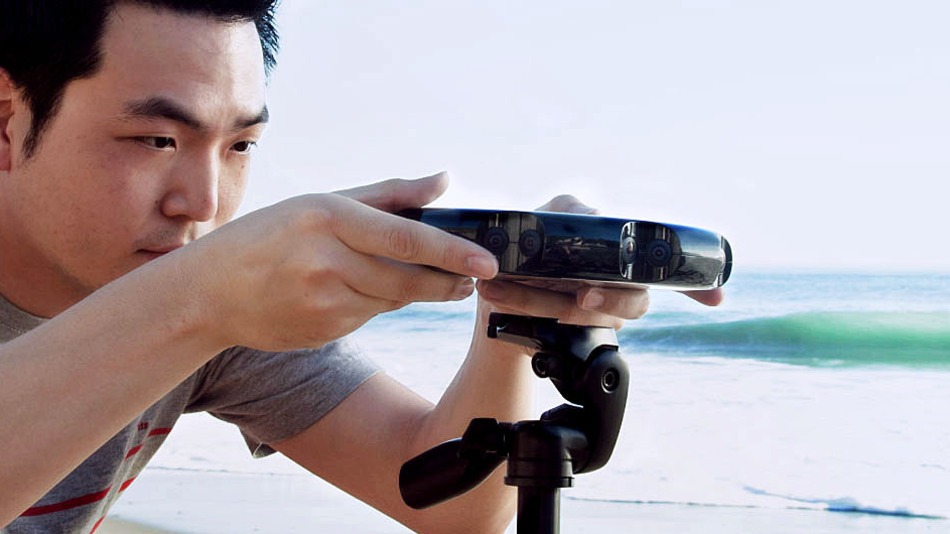 samsung could be working on a 360-Galaxy s7 degree camera called the Gear 360.
Details of the Gear 360Camera device, which will connect with smartphones via Bluetooth, and will also come with an accompanying smartphone app. It will also be powered by its own battery and built-in storage.It also features a pair of 180-degree fisheye lenses.

According to a report from SamMobile, they claim to have heard that the Gear 360 is expected to launch alongside the Galaxy S7 on the 21st of February, which coincidentally enough is also when MWC 2016 will be taking place.