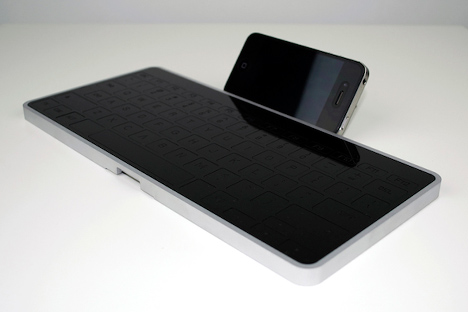 Now we are about Touchscreen keyboard underneath the display.Everyone use touchscreen on your phone but now users touchscreen on laptops also.Typing on a touchscreen is great for short messages easily but try typing a large paragraphs and long emails little differculty on starting.In 2016 Companies like Microsoft and Apple use detachable keyboard accessories (Like and apple iPad Pro series) for some large and heavy laptops .

Apple still now working for future where laptops with touchscreens.
While keyboard-lovers would be up-in-arms if the MacBooks adopted this new system, it would allow for flexible, custom keyboards just like those on iOS. The keyboard layout could change depending on the application being used.