Improving our capacity for space observation could have a massive impact on future space missions’ safety, longevity, and efficiency. A recent project organized by a group of UK and international research facilities aimed to use new technology to closely observe satellite activity in the GEO orbital region. This project, known as Phantom Echoes 2, comprised two main elements.

Firstly, it consisted of a mission to extend the life of an existing satellite. Secondly, it aimed to use space observation to aid and gather information about this event. The results of studies like this can potentially make it safer for UK space company‘s projects to build tools that send satellites into orbit or to maintain existing satellites.

Why Is Space Observation Important?

Much of modern life relies on the data and information delivered by satellites in space. We use information gleaned from satellites to predict weather patterns, GPS and tracking systems, and, increasingly, for internet and communications systems. When it comes to space observation, satellites must be monitored to check for signs of damage. If satellites come into contact with space debris or collide with other satellites, it can throw off vital systems that we rely on.

With more sophisticated space technology, close orbital observation can also help us plan and execute exchanges between satellites. This includes using satellite delivery technology to interact with other satellites and place devices on board. This can involve placing robotic systems onboard satellites to perform essential maintenance, thereby increasing the lifespan of satellites.

There is growing interest in increasing the longevity of space technology in general. Much of this has to do with the problem of space junk or space debris, which is a result of so much satellite activity. Rather than leave old satellites to remain in space – where they are likely to collide with other satellites and splinter, creating more space junk – we can, ideally, repair them.

Space observation activities can also allow companies to place systems on satellites that alter or maintain their position in orbit. This can help with the process of extending the lifespan of older satellites. A space observation system is vital for missions like this as it provides information on the position of satellites and tells us what the satellite is used for.

The Phantom Echoes 2 project was carried out in conjunction with several other research and funding bodies from both the UK and the international space research community. US based company Northrop Grumman/Space Logistics LLC operated the Mission Extension Vehicle-2 (MEV-2), designed to interact with the satellite. These operations were also observed using a new space observation method.

The observational side of the Phantom Echoes 2 project was overseen by the Dtsl (Defence Science and Technology Laboratory). They also worked with a group of scientists from the Five Eyes Space Domain Awareness. This group comprised research teams from Britain, Canada, New Zealand, the US, and Australia.

The team made use of space situational awareness sensors based both on Earth and in space. Combined with data processing, these space observation tools were used to give researchers a clear picture of the exchange between satellites. The group also made use of satellite-tracking telescopes, radio telescopes, and cameras. 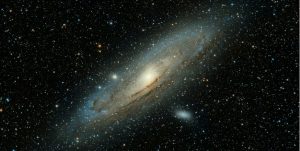 The aim of this mission was to establish how international teams could collaborate on space observation to carry out complex satellite manoeuvres. This type of collaboration aims to increase the safety of space missions and extend the lifespan of satellites. There is also widespread interest in the space research community in reducing space junk in orbit.

Resolving these types of issues also involve collaboration between nations as countries must give other countries the right to remove their satellites from orbit. Connecting two satellites currently in orbit will also often be a multi-national venture as it will require observational collaboration from outside nations. Therefore, missions such as these must take place on an international level to discover the limits of what is possible in terms of space observation.

The Future of Space Research Collaboration

Several significant space research bodies and funding sources were involved in this collaborative mission. The range of investment and multinational collaboration in this mission alone shows the vast complexity of space innovation and technological advancement. This is not something that one country can achieve solo. Just some of the research groups involved in the Phantom Echoes 2 Mission include several UK Universities and French/US based Safran Data Systems. 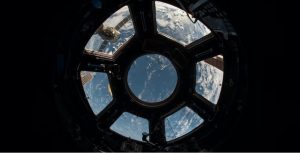 Space observation is a crucial and sophisticated form of space exploitation. It paves the way for more environmentally friendly space policies as well as more collaboration between nations. This leads to more innovation all around and more amazing space technologies!

Final Call: What do you want to see when you look up among the stars? Are you interested in modern space exploration and technology? Tell us about this in the comments!