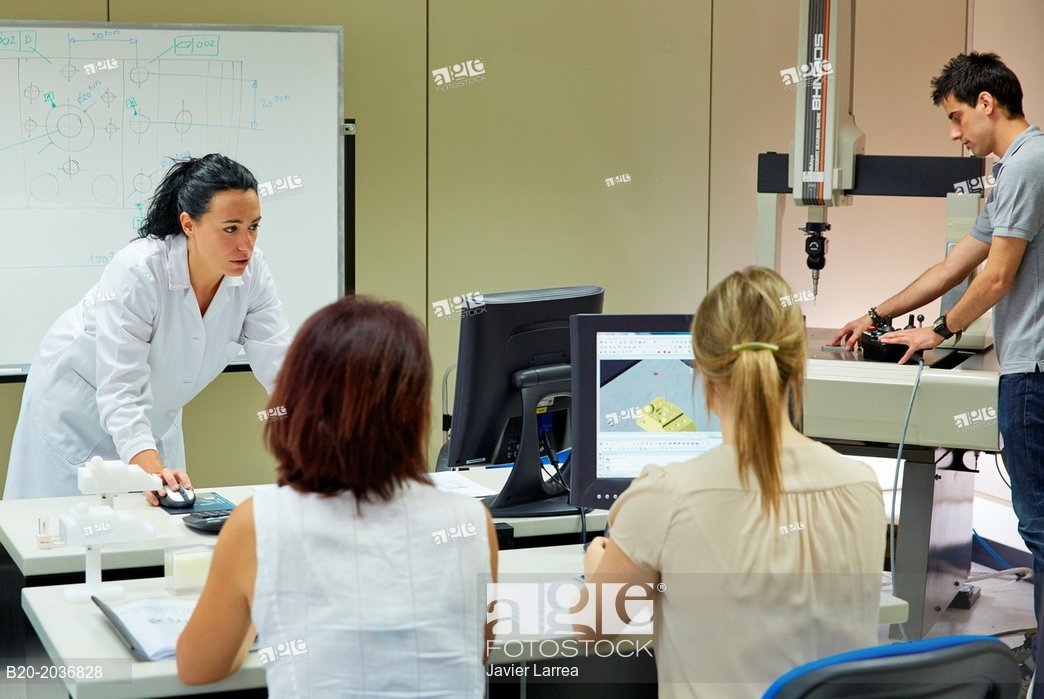 The Latest Innovations in Coordinate Measuring Machines: For decades, coordinate measuring machines (CMMs) have been essential industrial tools for companies that want to ensure that their products meet the best quality control standards. A CMM uses a sophisticated and extremely sensitive probe head to record incredibly detailed measurements of newly produced parts, and compares the information it gathers to blueprints to determine whether they match the required specifications.

CMM technology has developed rapidly in recent years, and new software has made these machines more powerful than ever. Here are just a few ways CMMs are evolving to meet the needs of the 21st century workplace.

How CMM Equipment is Improving:

There are many functions and applications for CMMs, as well as many different kinds of coordinate measuring machines, and as industrial production becomes more complex, CMMs have needed to keep up by becoming more sophisticated.

In a basic sense, CMMs have vastly improved their ability to use sensors to guide robots to perform various operations with greater degrees of accuracy. They do it faster, and can now use lasers to assess the full and true dimensions of things both small and very large.

One common use for CMMs is on the assembly line, especially as production lines become increasingly automated. Quality control that was once thought only possible to carry out by humans is now possible with the help of CMMs. The advances of CMMs lead directly to advancements in AI, or artificial intelligence.

Various other industries use metrology equipment, including automotive, aerospace, medical device manufacturers and more. Click here to learn about the latest CMM machine equipment from the true experts. The consequences for failure can be fatal if measurements of devices in these industries are inexact, so it has to be perfect. Increasingly, they are.

Nanometrology and the Future of Industrial Measurement

Will CMM machines play a role in our sci-fi tech future? CMMs are a basic component of metrology, which is a big word for the science of measurement. The emerging field of Nanotechnology depends on metrology so much, there’s even a subfield of metrology called “nanometrology.”

Nanometrology is an essential aspect of the promising tech revolution. Improvements to metrology will do much to help usher in the next wave of nanotechnology. With 5G on the horizon, Internet connections are set to become exponentially faster, which will enable the Internet of Things (IoT) –a term used to describe the increasingly complex networks made possible by smart devices and wireless technology.

CMMs are most often used today for quality control on the production line for parts as large as 80 metres, but as technology shrinks CMMs may be relied on for quality control of parts that today are left to human beings because they’re currently too small and specialized for machines to handle.

As CMMs become more sophisticated, they are spurring further advances in the world of automation and creating new possibilities across the manufacturing sector. Whether you simply use your CMM to provide high-level quality control on an assembly line or are exploring the most cutting-edge applications of nanometrology, new CMM technology offers exciting possibilities.