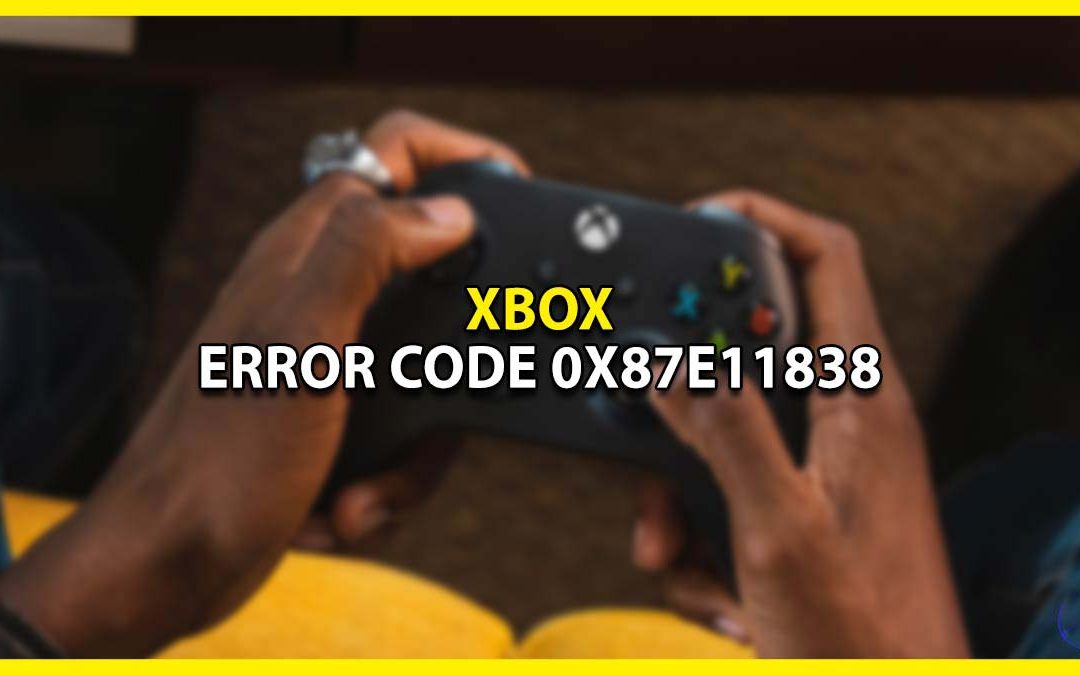 0x87e11838 Xbox Error Code: Each time the error code 0x87e11838 appears, it is possible to look up for errors on your Internet first. It is well-known how vital it is to play an activity in a safe Internet environment.

Additionally, if there is a problem with Xbox servers are down you’ll be unable to connect to Xbox, in this situation the only thing that you have to do is be patient.

The reasons that lead to this error code in Xbox can be easily addressed. The only thing you need to do is troubleshoot each one at a time until there is no further error.

There are four ways to resolve the error code 0x87e11838, Xbox’s error code. You can select them based on the situation.

The first step is to need to determine if you have any issue in the Xbox servers, or if they are working fine. To do this, visit the main Xbox support site at support.xbox.com. It displays the current status of various Xbox services like Profile and account, Devices & networking, Games & gaming, Cloud gaming and remote play and more.

If all services are working properly, It will show a blue tick mark that indicates that the server is functioning properly. If there’s an issue, the server will show status as limited (a red exclamation symbol surrounded by an orange triangular) (or an outage of major proportions (in the form of a red circle). In this situation, you must remain patient until the issue is fixed.

Verify your connection with Xbox network

If your network connection is not working properly, you may also encounter the issue while playing games. This could be the reason for this error. This is why you must examine connections to Xbox network. It is as they are:

Restart your console and Router

When your connection to the internet seems to be good, but you’re experiencing Xbox error code : 0x87e11838, it is recommended to restart your router and console. The process resets your network and corrects minor problems on your system or network that could be causing the error. To reboot your console, you must follow these steps:

This will reset your network and ensure that your connection will be improved. Additionally, if you’re connected wirelessly to your router, then we suggest switching to an Ethernet cable. An Ethernet cable that is wired Ethernet connection with the LAN cable may be more conducive to gaming than wireless due to a variety of reasons:

Performance: A wired Ethernet connection generally has a higher speed than wireless connections, which is crucial in online gaming, where speedy as well as secure Internet speeds are crucial to ensure a smooth gaming experience.

High-Reliability: Wired connections are usually more secure than wireless connections, since it isn’t subject to the interference of other gadgets or obstructions like walls. This is crucial for online gaming, as dropping a connection could result in the loss of a game.

Latency: Wired connections generally have a lower latency than wireless connections, that means there’s lesser time between sending an email and when you receive a reply. This is important for certain online games in which immediate responses are essential.

In the end, the wired Ethernet connection with an LAN cable will be quicker, more reliable, and safer connection than a wireless one that is essential when playing online.

Clear the Cache on Your Xbox Console

Sometimes clearing caches can fix several problems. Because Error Code 0x87e11838 may be caused by a variety of causes, We can clear the cache and may fix this error. To clear the cache, you’ll be required to switch off the Xbox Console.

Hold and press the Xbox button to open The Power Center and select turn off Xbox. Unplug the power cable. It is located on the back of the console. For 5 minutes, wait and then switch on the console.

Another reason that might be causing the Xbox error code, 0x87e11838, could be the fact that your console may not be up-to-date. To correct this, make sure you look for any available updates to your system and install them.

To find out if updates are available on your Xbox, visit your “System” tab within the “Settings” menu and click “Console info”.

You’ll be able to check if updates are available, and then install them if they are required.