The new game from RIOT is very similar to two popular shooters: Overwatch and CS:GO. It sounds corny, but it is. Who played CS, he will feel like a fish in water, but certainly there are certain nuances. In this guide, we will give useful tips that will help you in the game and not be in last place in the table. 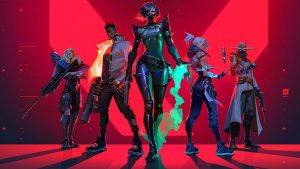 There are currently 19 agents in Valorant, each with their own unique abilities, which implies a style of play, for example:

Duelists – aka Damage dealers and Carries. Their style of play – to burst into action and take out enemies with the first round. All of their skills are sharpened for damage (Raze, Phoenix) or a quick change of position (Jett).

Sentinels – are a kind of supports. They can play both aggressively (Cypher) and defensively (Sage).

The Initiators – are a kind of scouts. Their goal is to scout the area (position) before the attack. A striking example is Sova, who has two skills (except the Ulta and the purchased skill) to show enemies without entering into battle with them: Drone Sova and Scout Shot.

Controllers – quite a specific class of fighters, we can say they combine two types at once: duelists (Viper) and Initiators (Omen).

So, having an idea which class should wager the role, now you need to determine who best suits your style of play, for example: the newcomers are ideal duelists and guards, because their perekras are not always critical.

But the choice of the Initiator (for example, Sova) will be a fatal choice, as this class is very much tied to perks and aim is not as important as a timely scouting area.

And I wouldn’t advise newbies to start with the Controller class, as the entry threshold is very high for wagering with this class, as their skills are very situational and timed.

And to use their skills correctly, you need at least some experience: anticipating the actions of the enemy team or an individual player based on the selected agent.

There Are No Better Agents Even for Valorant Boosters

Remember one important truth: “There are no better or top-notch agents in Valorant”.

Everything depends on your skill and your team. Every agent is countered by another agent and at the moment aim plays a major role in victory.

So in this case if you have a valorant booster in your team, it means that you will win with a 99% probability.

Keep An Eye on the Economy 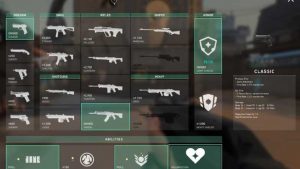 For money you can buy not only weapons, but also skills, but the game puts the economy (procurement planning) to the forefront.

Roughly speaking, if you win 5-6 rounds in a row (not once dying), then the accumulated funds enough for a couple of full acquisitions, but you’re not alone in the game and you have to give away drops.

Thus, all accumulated money can be spent in one loss.

My personal advice: in the first round buy only light armor, as the default gun is enough, and never do full buy except for the second and third round, always keep 1k in reserve.

And always buy heavy armor, the difference in 25 units can decide the outcome of the battle.

All maps are tightly optimized, which means there is no background noise. And you will remember that in-game combat starts in the middle of the map (because barriers are placed there), which means that your and other players’ footsteps are clearly audible.

Thus you can simply move on the shifter and the sound to determine who is where. Believe me, this tip is VERY relevant, because playing in Valorant I met these players who did not use the shifter, and they scorched the whole team.

Don’t Forget to Use Skills 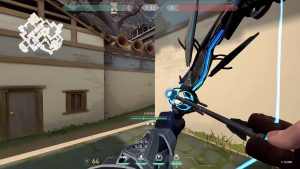 As corny as it may sound, but some players rely on aim, which is quite logical and correct. Nevertheless, if the players have the same aim, the one who skillfully and correctly uses skills wins.

In particular, do not forget that the skills provide significant advantages, for example: Sova can scout area, Raze shoot with his rocket launcher (by the way, the Ulta imba), Sage heal and resurrect allies, etc.

In general, when playing Valorant don’t forget to use your agent’s skills. This is true for everyone, but especially for the Initiator.