The Best Gaming Phones of 2022 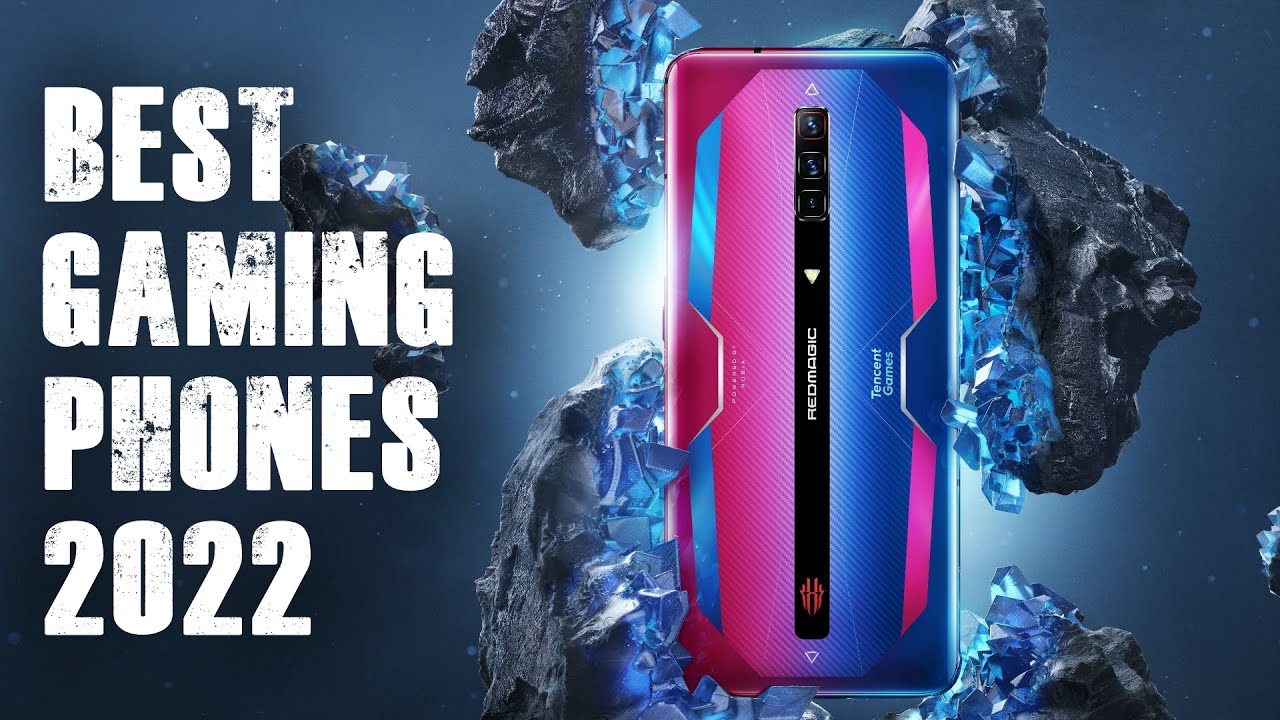 Mobile gaming has taken the digital world by storm, with more people playing games on a smartphone or tablet device than PC and consoles combined. 2.7 billion people worldwide admit to using their mobile devices to play games.

Unsurprisingly it’s younger generations who are leading the mobile gaming revolution, with 9/10 millennials more likely to use their mobile phones for playing games than either a PC or console.

Why are Mobile Games so Popular?

Quite simply, it’s a matter of access. More people own smartphones than gaming consoles because they have multiple functions.

But once you’ve got a phone and access to its app store, you’ve also got access to the millions of available mobile games, and the appeal of these coaxed many non-gamers in to giving them a try.

Mobile gaming really benefitted the casual gamer, someone who didn’t care about completing an epic RPG or beating their friends in a football match, but instead someone who was looking for a way to kill time at the bus stop, between meetings, or an easy way to unwind at home.

Game developers quickly caught onto this new demographic and started to make mobile games specifically designed for the casual gamer with an emphasis on puzzles and problem-solving, resource management, and quick action games.

Another really popular type of mobile game that has helped to grow the market is casino games. Online casinos have been around since the mid-1990s, and they made the transition to the mobile format very easily.

Each online casino can be accessed through your mobile phone’s browser, or you can download their respective apps for ease of use. Being able to play mobile casino games on your smartphone lets you take full advantage of the many types of online casino bonuses on offer by a range of providers for new players.

But mobile games aren’t all match-3 puzzles and virtual farms. Big game developers are beginning to realise the potential for mobile devices to play console and PC titles as well.

This enables serious gamers to continue their saved games away from the house, but it does mean that they’ll need hardware capable of handling the demand.

These mobile phones have been developed with gamers in mind:

Asus built this phone to be a hybrid between a mobile phone and a games console. The chassis might be on the large side, but it comes with a 144Hz AMOLED display screen and haptic triggers built into the side.

This is also the best phone for accessories with Nintendo Switch-style Snap-On controllers and a plug-in cooling system to stop your phone from overheating mis-gaming session.

The biggest downside of the Asus ROG Phone 5 is its battery life which can drain quickly.

For one of the more expensive phones on the market, this is a disappointing issue, especially at the batter life on Asus’s previous model lasted much longer.

This issue is fixed in the 5S Pro version, but it will cost you considerably more.

The Red Magic phones also have an issue with quickly draining batteries, but for a cheaper phone with market-leading specs, it might be worth putting up with.

The Red magic 7 boasts a 6.8-inch 165Hz Oled display with the fastest touch sample speed on the market.

It’s capable of truly great performance and you shouldn’t notice any issues during loading or playing of your games.

You can tell the Red Magic 7 is built for gamers because of the attention to detail that’s gone into the design of its hardware and software to make sure it includes all the controls you’ll need.

The side-mounted shoulder triggers are positioned to allow for hours of comfortable gaming, and it’s unique ‘gamer-space’ mode let you set performance levels for individual games so you’re always in charge of how the phone works for you.

At the budget end of the scale, you’ll be pleased to hear that there are still good options, with the Poco X3 Pro being one of the best.

It has a 5160mAh battery with an impressive lifespan, giving you plenty of time to finish your quests and battles on your own terms.

It’s not a dedicated gaming phone, but it has some impressive stats which see it perform better than other similarly priced models.

It might not have 5G capability, but it does have 8GB or RAM and up to 256GB of storage for your games.

Its 6.67-inch LCD display is a good size with a decent refresh rate of 120Hz.

These figures might not stack up to the other phones on this list, but it’s less than half the price, making gaming smartphones fully accessible to a much wider market.

The mobile gaming industry is yet to reach its peak, with advances like 5G and cloud gaming only just beginning to make their mark.

If you’re looking for a top-quality gaming smartphone there is one for every budget and every need.

The top models should still look competitive in a few years’ time, so you won’t have to worry about needing an upgrade any time soon.