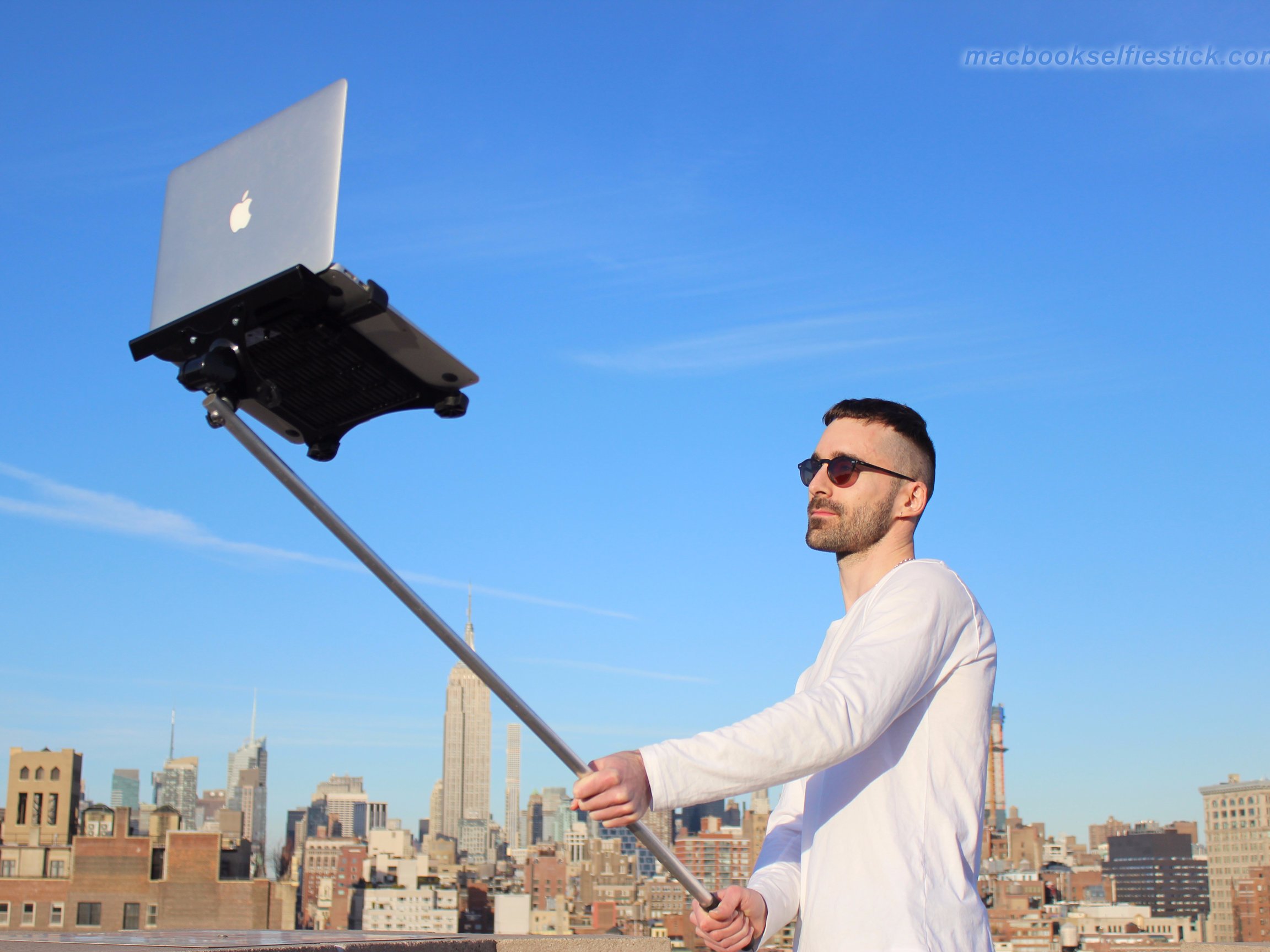 The selfie stick phenomenon just got even stranger. If wielding a small smartphone or even a tablet at the end of a telescopic pole isn’t cutting it for you, then a group of artists may have the answer.
The world has lost its mind. Despite all our efforts to stop it from happening, the selfie stick for MacBook now exists. Seriously.


I mean, if you think really, really hard about it, you probably could come up with quite a few use cases for the MacBook selfie stick. Every once in awhile, the field of vision provided by an iPhone FaceTime just doesn’t cut it, so you’ve gotta bring out the big guns to really show off your surroundings. Or, maybe your phone has just broken, and the only alternative you have is to carry around a laptop … attached to a stick.

Capitalizing upon our obsession with … ourselves, the same team that brought you the real-life Netflix and Chill Room has now outdone itself, creating a selfie stick capable of supporting a full-size MacBook. It’s being branded as an “art project” by the Moises, John Yuyi and Tom Galle team, who have created a whole website dedicated to their invention. And to be honest, seeing the expressions of those around the absurd device really does make the whole project worth it.

If you want to get a selfie stick for your laptop, you now know where to head. But before you do so, be informed that this giant ‘Macbook Selfie Stick’ is an art project by New York-based artists- Moises (Art404), John Yuyi and Tom Galle. Thankfully, it is not for sale. For, why would anyone want to own such a thing?

Terming the selfie stick project as a performance, the audience on the busy New York streets were free to interpret the meaning, including the future of selfie sticks or even how weird it actually appears.