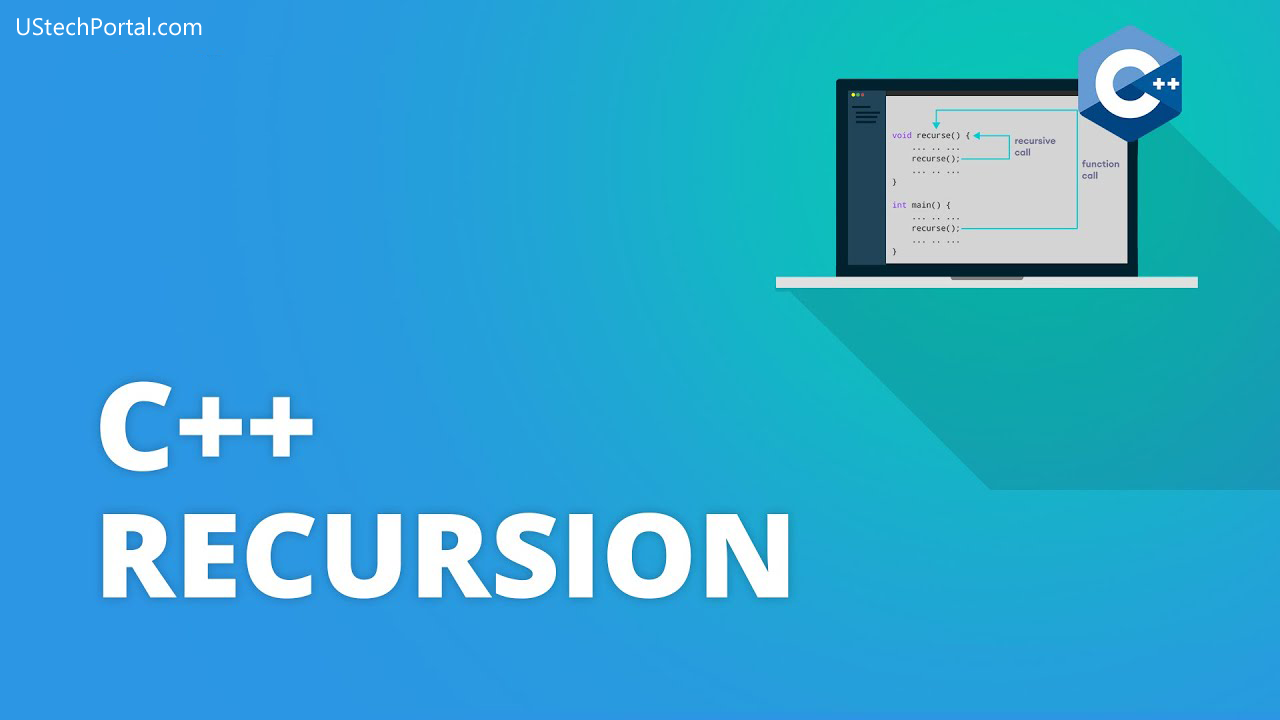 Guide to Recursion in C++

This article will take you through the details of recursion and how it truly works. With this article, we will learn the meaning of Recursion in C++, its working, types of recursion, and the advantages and disadvantages of the Recursion process. So, without any further ado, let’s get started with it.

What is Recursion in C++?

Recursion is the practice of calling the function by itself as a subroutine to solve a complicated program. Instead of using the iterative approach, which requires a lot of work and time to tackle the same issue, recursion employs the technique of breaking the program down into smaller jobs and calling it again.

As the recursive function calls itself again, the possibility of the program entering an endless loop exists at all times. The software will thus check the base case condition each time and avoid entering an infinite loop if the terminate base case is created using an if..else assertion.

The Working of Recursion in C++

Recursion is a problem-solving method with the advantage of being more efficient than other methods. To get closer to the answer, the recursion process breaks the issue into subtasks as functions and repeatedly calls each one.

Until we identify the issue’s definitive solution, this process will continue. Every time a piece of the answer is discovered, it is saved in the memory as a stack data structure and, eventually, pops out to get the whole solution.

A base condition must be verified as we move closer to the answer to exit the recursion.

The possibility of entering an endless loop is prevented by employing a conditional statement to confirm this fundamental assumption.

The software will enter an infinite loop, and we will never arrive at the answer if the base case fails for any reason. The implementation of Recursion in C++ is shown below. 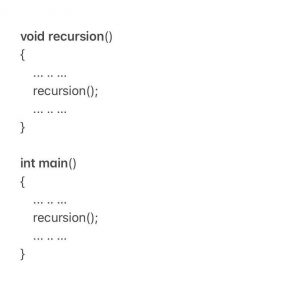 The figure below highlights the recursion operation by repeatedly invoking the recursive function. 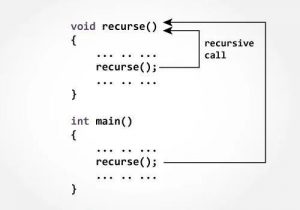 When a function calls another function, that function then calls the original calling function, known as indirect recursion.

Different Types of Recursion in C++

Recursion in C++ has two different forms as follows: 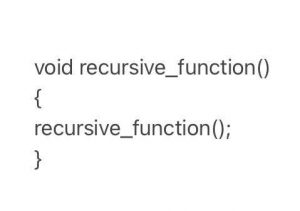 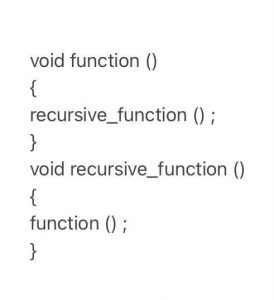 Memory Allocation in Recursion in C++

The memory block stores the necessary memory to ensure effective execution and stack up the automatic, local, and temporary variables. When a recursive function is invoked, it always pushes the separate stack similarly.

If it is called five times, there would be five stacks of frames for each recursive call. The function begins returning its value following the function in the preceding stack frame as soon as the current recursive call is terminated.

The new stack of frames is then discarded. Then, this stack frame emerges in the same manner in which it was pushed. After then, the memory is released.

Up to the final decision, this procedure is repeated. The absolute result value is returned to the first call at the end of the recursive call, and the stack is destroyed to release the memory.

The stack will rapidly run out if the recursion cannot reach the base case, resulting in a stack overflow crash.

Benefits of Recursion in C++

Drawbacks of Recursion in C++

Since the recursion approach is the most crucial technique for cracking any program, a variety of well-known problems to assess how well the candidates comprehend the concept of recursion are often asked in technical interviews.

Comparison of Iteration and Recursion in C++

Recursion in C++ helps develop simple and effortless code. Iteration is an alternative to recursion that some people employ, but it is less effective. Recursive functions save significant time in the calculation and speed up your program since they are compact and use less memory and heap space. 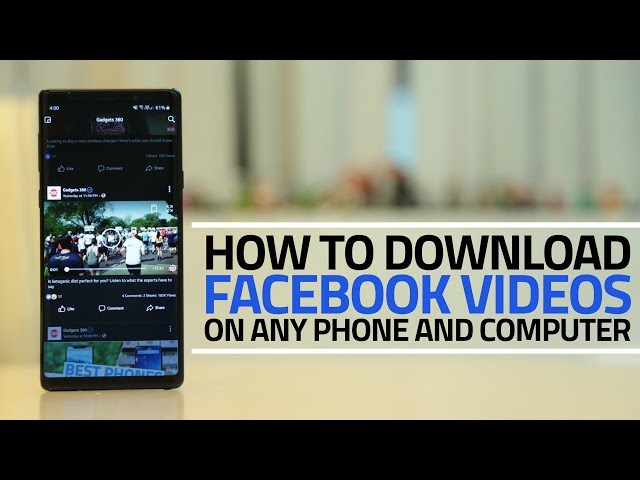 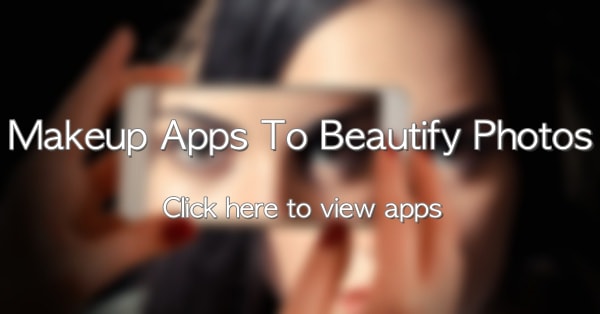 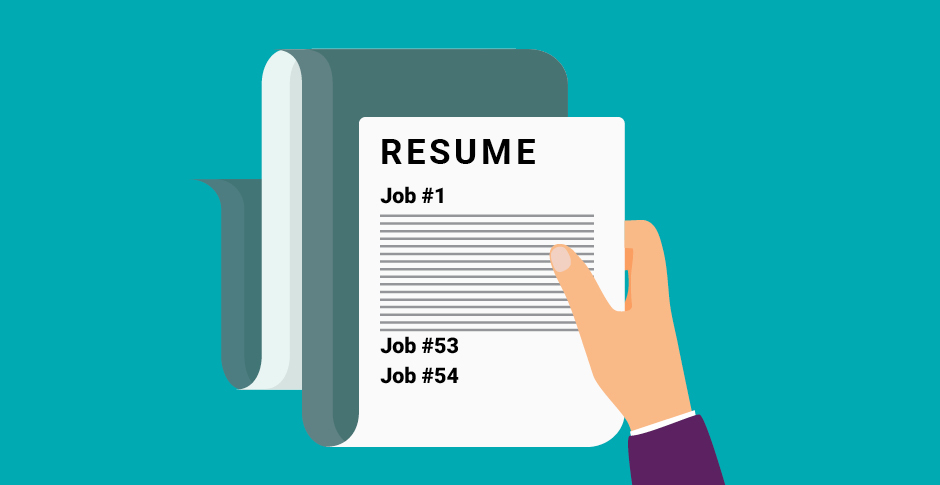 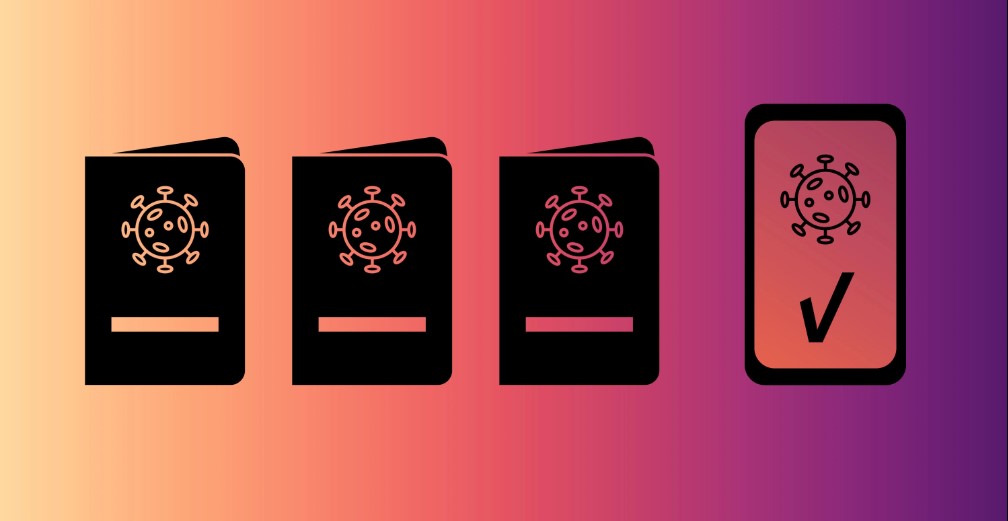 How the NJ Tech Industry Has Put Itself on the Map