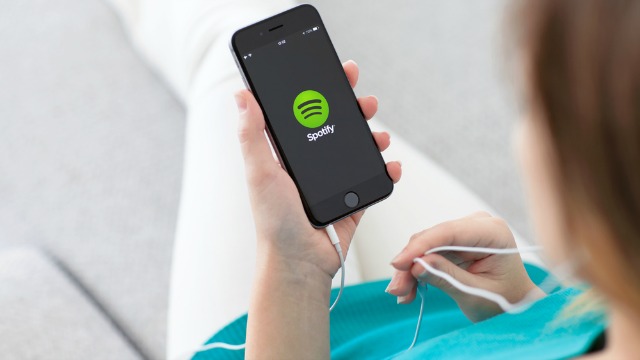 Facebook Messenger allow sharing song/music with spotify music sharing. The company integrating the secure connection inside Facebook Messenger so the sharing of music become easy. This will helpful for the user to share data easily.
The integration doesn’t allow you to actually play Spotify music inside of Messenger, at least not yet, but it does allow you to share tracks, playlists and artists within message threads.

It totally works, but the implementation isn’t so thrilling. The button to jump into Spotify is hidden inside of Messenger’s extremely appealing “…” menu. Once you’ve selected Spotify, you can search the app as you normally would to find an artists or playlist or song to share back to Messenger.


If the recipient has the Spotify app on their device, they can open the Spotify content directly in the app. Shared songs will begin playing automatically once Spotify opens. By use of this technique user can not only send music but also playlist. Tap on the item’s picture, you will get view of the album. Tap on the button beside it, then you will get sharing button to share it.

The calling feature is also available on the application. The Verge that “users can expect further enhancements as we continually work to improve the integration and ensure the best user experience possible.


Establishing itself as a leader in the music streaming industry, Spotify has almost 30 million subscribers around the world, partnered with Google to move its infrastructure onto Google Cloud and collaborated with Amazon to add Spotify support onto the Echo voice assistant. These updates are coming in April with 800 million people. The messenger allow to share GIFs, stickers, video calling feature etc. features to user.