Can End-to-End Testing be Automated, and What are the Advantages Compared to Manual E2E Testing?

To ensure high-quality software is released, It is essential to conduct thorough tests. End-to-end testing is a software testing method that examines the entire application, from its introductory screens to its final logout screen. It is also generally accepted that testing is integral to developing any software. Manual testing has its limitations, but there are many other methods available.

If you’ve been keeping observing the most recent developments in software testing, you probably have heard about End-to-End Testing (E2E Testing) as an approach that covers more functionality than unit or integration tests and is performed directly on the user interface (UI). Still, the big question is, can it be automated? Yes, and how does it fare compared to traditional E2E manual testing?

In this article, we will go over everything you need to know about automated end-to-end testing, its advantages compared to manual testing, and the drawbacks of E2E tests as a manual process.

Why Automate End to End?

End-to-end decision automation makes it possible for all phases of the decision-making process to operate in unbroken harmony. It can be beneficial to your business in many different ways. It can increase productivity and accuracy by minimizing the number of manual steps and enabling quicker and simpler access to relevant data.

By streamlining and improving processes, automating end-to-end operations increases customer satisfaction while lowering costs and improving responsiveness. Various E2E testing guides can get you started and comprehensively look at the E2E testing world.

Since automated tests can be run automatically without the involvement of a human tester, tests can be completed faster than manual E2E tests. When there is a lot of end-to-end testing to be done, as in the case of an extensive web application, this can be a huge benefit. It can cover a wide range of functionality, from regression testing and load testing to ensuring high-quality software is available on time.

Automated end-to-end tests can be more reliable than manual ones since they are less prone to human error and can repeatedly run with the same results. In manual testing, there is always a risk that the tester will make an incorrect judgment call at some point, which could cause problems in the testing process. In automated testing, this risk is eliminated. This is important when testing for bugs or other issues that need to be reproduced reliably.

Since automated tests do not require human supervision, they can be scheduled to run outside business hours, freeing up workers for more strategic endeavors. The test scripts and deployment checks can be run repeatedly for different users and environments thanks to testing automation frameworks.

Automated tests can be more comprehensive than manual ones since they can cover a larger number of test cases in a shorter time. This is especially helpful when testing a browser or device compatibility across various platforms.

A greater number of bugs can be found and fixed quickly at a lower cost, with test automation performed early in the development cycle. On the other hand, manual testing leads to more defects being found at the end of a sprint, which can delay releases and increase costs.

Drawbacks of E2E Tests as a Manual Process 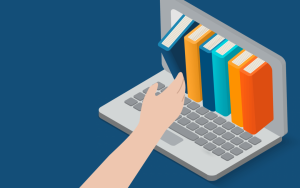 One of the drawbacks of E2E testing as a manual process is that it is not always reliable or accurate. It requires an experienced team that knows mobile apps and devices and has the necessary skills to install and run them. If not done properly, it can lead to false positives and inaccurate results.

E2E, as a manual process, can be very time-consuming and tedious. This is because every time a change is made to the system, the tester needs to re-run all the tests to ensure that everything works as expected. This can often take a lot of time, especially if there are a lot of tests to be run. In addition, if any issues are found, the tester must investigate and fix them, which can also be time-consuming.

There are several ways in which human error can lead to incorrect results in manual testing. Errors can occur through data entry, interpretation, carelessness, or laziness. Having clear procedures and protocols in place for manual testing minimizes the chances of errors occurring.

E2E testing as a manual process can quickly become costly and impractical when testing complex applications or systems. To fully test the system, a tester may need to perform the same action hundreds or even thousands of times. This can lead to errors, as the tester can become tired or distracted.

End-to-end testing can be automated, and there are advantages to doing so compared to manual E2E testing. Automated E2E tests can run faster and more accurately than manual tests. They can also be less expensive in the long run. Some tasks are best suited for manual testing, but not all can or should be automated. Consider the benefits and drawbacks of both approaches before making a decision.