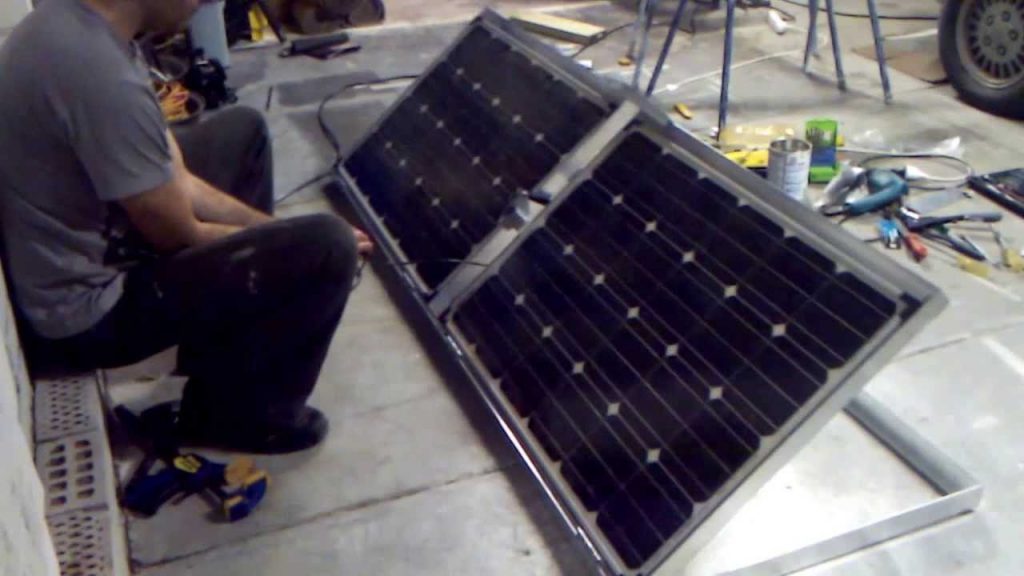 Automated Solar Tracker with Actuators
Global warming and the impact of the greenhouse effect made mankind pay attention to the search for alternative energy sources. Using the solar energy, the use of tracking actuators in solar panels can increase the efficiency significantly.
Obviously, the orientation of solar panels directly to the sun improves their efficiency in obtaining solar energy and the use of electric actuators is crucial for the process. As the sun moves during the day, solar tracking actuators automatically rotate the solar panel following the sun.

What is a solar tracking actuator?
Solar tracker actuators are devices for orienting a solar panel or for holding a solar reflector or lens turned to the sun, like a heliostat. This is a way to improve the work of solar panels.

Reasons, advantages to use
• Flexibility is the key word for linear actuators for solar tracking systems. The actuator provides ideal position monitoring and giving feedbacks to your control system, both analog and digital. If there is no main power supply, Progressiveautomations actuators can operate from the backup battery. In this case, it is also possible to manually install the actuators.
• Another reason is high efficiency of the automatic solar tracking system. The orientation of solar panels to the sun during the day increases the efficiency of solar panels by 20-62%, depending on your location. The closer the equator is, the better effect from using the system you get. Such solar tracking linear actuators can successfully withstand the effects of heat, ultraviolet radiation, dust and moisture.
• The area necessary for a solar installation is smaller, while the produced energy remains the same
• The return on investment is also smaller, when using a linear actuator for solar tracker system.

How to use
The purpose of these mechanisms is to change the position of the moving part of the tracker, and thus to change the position of the actual panel (mirror). In fact, they are responsible for the correct orientation of photocells and therefore are part of the orientation system of the solar battery tracker. The tracker can include one or two actuators, depending on photocells movement.

Types of solar tracking actuators
-Systems of tracking with one axis.
– Solar panels with a single-axis solar tracking system can rotate around the central axis. It suggests using an actuator that will tilt the panels.
-System of tracking with two axes
Dual-axis solar tracking systems, which can help you increase the productivity of your solar panels. It suggests using high-quality actuators that move your panels. Two-axis automatic solar tracker is commonly used as heliostats to orient mirrors that redirect sunlight along a given axis to a fixed target or receiver.

How does the actuator work?
Actuators, which are used in solar trackers, have a fairly simple structure. They consist of the actual actuator (also called the mechanism) and the controlling body. A simple mechanism with an engine will look like this: push-pull rod, engine, and a reduction gear.

Elements needed for automated solar tracking
Each automatic solar tracker with actuators has approximately the same structure. The complete set of these mechanisms includes:
– Bearing structures – they have movable and fixed parts. The movable part of the structure can have as one rotation axis (usually horizontal) and two. This part is controlled by actuators. Without them, it is not possible to build a panel in a certain way.
– The above-mentioned orientation mechanism. It includes not only executive devices, but also special devices that control them.
– Mechanisms that provide protection against lightning, overload, navigation, stabilization, etc.
– Remote access.
– Inverter for energy conversion.
But assembling such a tracker is not always economically profitable. Therefore, most often, it has a simplified structure – from the supporting structure, actuators and control system.

Actuator controller settings
– using photodetectors, which receive data on the position of the sun and help to orient the photocells. The drawback of this method is that the photodetectors do not work in cloudy weather.
– using manual control when actuators are controlled by switches. Well, changing the position of the panels in such a way during the day is extremely inconvenient.
– using timer in the tracker system, so that the actuators responsible for the orientation will be activated at a set time.
– using program control of actuators, which is proved to be the best. The special software calculates the location of the sun at a certain point in time.

Why progressiveautomations?
Using progressiveautomations devices guarantees high accuracy that will ensure that all the sunlight falls directly to the device. This is important as such an accuracy influences how much money you save using an actuator. These actuators are wind resistant, which is an important characteristic for windy areas. Another point is that progressiveautomations actuator controller calculates the position of the sun according to GPS data. It determines the coordinates and date / time, as the controller is equipped with a GPS receiver.
Atomic and hydroelectric power is a threat to the environment, but solar energy is considered as one of the safest. However, the efficiency of solar panels depends on the correct design. It is proved that panels, which move following the sun during the day in different planes, accumulate more energy. This is why tracking systems (solar trackers) are actively used with actuators for solar panels. Tracking systems are an expensive technology, but it allows you to get more profit from selling the electricity, by maximizing the use of solar energy from sunrise to sunset.