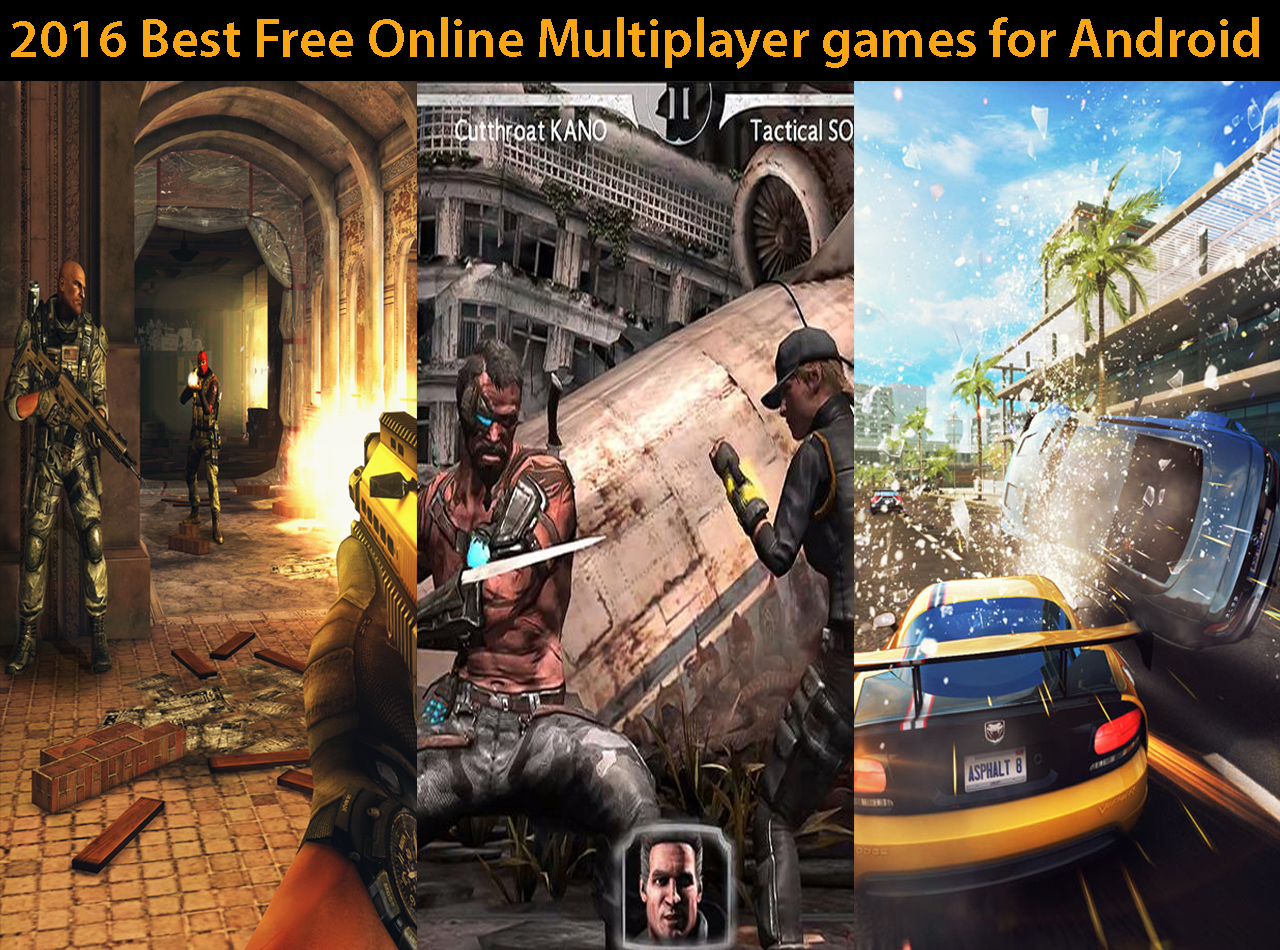 Millions of android smartphone in all our world. Everybody love to play games in free, Children love games evertime.But play with system everytime is very irrirate because games system works on functions (its set by programmer)(system do everytime do same action).Today we will share you the best online Multiplayer games for you.

Second Great option for you Mortal Kombat X. This is the one of the most multiplayer biggest console fighting gamespopular game in playstore. Mortal Kombat X Graphics is awosome and Choose one your favorite iconic fighter from the franchise, create your 3-player team, and go head to head against other players from around the world.Break them.

One of best racing game of 2016 is Asphalt 8: Airborne.This Games publish by Gameloft.Asphalt 8 is one of best graphic game in Playstore.Asphalt 8: Airborne because it is a pretty competent multiplayer game. Much like the main story, multiplayer involves racing people online in real time with up to 8 participants.This is high speed experience game and its the one of popular game.Asphalt 8: Airborne expirence like real car expirence. It has a huge collection of cars including La Ferrari, Bugatti Veyron , Koenigsegg Agera R, Lykan HyperSport, Mercedes SLR AMG, McLaren MP4 12C, Audi R8.This is available for Android.
Rating : 4.8 / 5
Downloads : 5.9millions
Download Asphalt 8: Airborne